Going to the Dogs Lecture Series 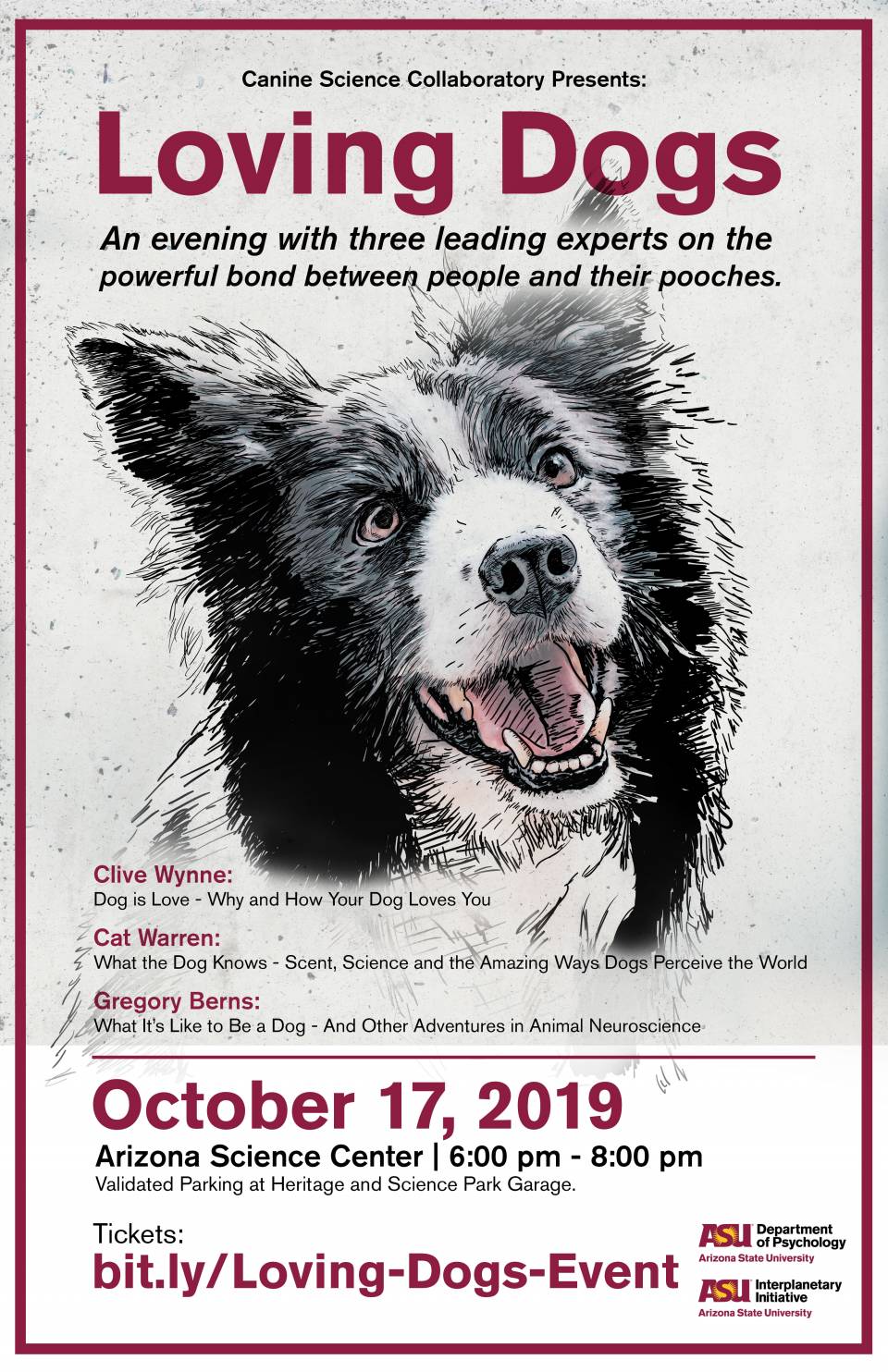 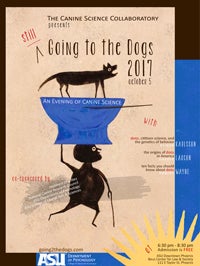 On Thursday Oct. 5th the Canine Science Collaboratory at ASU will be hosting an evening of canine science free to the general public. This is the third in a series of very popular outreach events bringing the latest canine science to the dog-loving populace of the valley. This time we look into the underlying mysteries of dogs: Where do they come from? What makes them different from wolves? and What is the secret of their success? Our speakers will be three world-leaders on these questions: Dr. Robert Wayne from the University of California, Los Angeles, Dr. Elinor Karlsson from the Broad Institute and University of Massachusetts, and Dr. Greger Larson from Oxford University in the UK.

Going to the Dogs 2017 will take place at the W. P. Carey Foundation Armstrong Great Hall, in the Beus Center for Law and Society, 111 E. Taylor St., Phoenix. Public parking is available on street and in several nearby garages. The event starts at 6:30 pm prompt, and ends at 8:30 pm. There are no tickets and the doors will close when the venue is full. A web live stream will be available here

This event is made possible by major support from the Department of Psychology and the College of Liberal Arts and Sciences, both at Arizona State University; the National Canine Research Center; and PetSmart Charities. We are grateful to them all for their assistance.

You can add your support to canine research at ASU, and future events like this one, by following this link, or contact Clive Wynne at cwynne1@asu.edu.

“Dogs, citizen science, and the genetics of behavior” 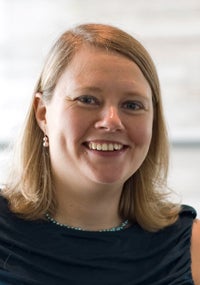 Dr. Karlsson is the director of the Vertebrate Genomics Group at the Broad Institute of MIT and Harvard. She recently launched the citizen-science initiative Darwin’s Dogs, which invites all dog owners to participate directly in research exploring the genetic basis of dog behavior, as well as diseases such as OCD and cancer. Dr. Karlsson received her B.A. from Rice University, and her Ph.D. from Boston University.

“Ten facts you should know about dogs” 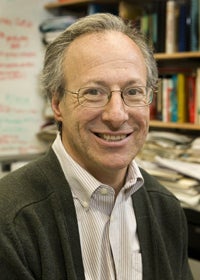 Dr. Wayne’s research covers a wide range of species and utilizes a multitude of approaches, but he is best known for his pioneering work on dogs and wolves. He was a leader of the consortium that first sequenced the dog genome. The over-arching aim of his research is to understand the relationships between genes, behavior and the environment. Dr. Wayne received both his bachelor’s and PhD degrees from the Johns Hopkins University.

“The origins of dogs in America” 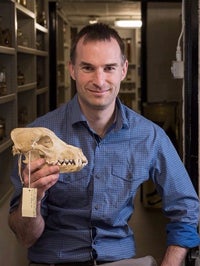 Dr. Larson is director of the Palaeogenomics & Bio-Archaeology Research Network at Oxford University. Through archeological and genetic analyses, Dr. Larson has made important contributions to our evolving understanding of the origins of dogs and other domesticated species. Dr. Larson received his bachelor’s degree from Claremont McKenna College and his PhD from Oxford University.

All speakers will be introduced by Dr. Clive Wynne, Director of the Canine Science Collaboratory and Professor of Psychology at Arizona State University. 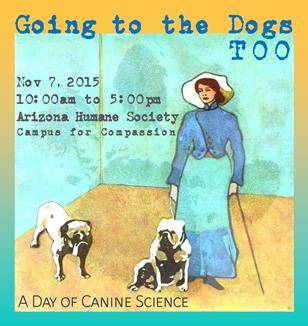 The Dog Talks: Spending your Day with Canine Science

Judging by the success of dog training books and TV shows, millions of people are looking for help in rearing happy, well-adjusted canine companions. But different experts offer contradictory advice: should one dominate with whispers; or focus on the positives with clickers? In this talk I shall evaluate the different directions that popular dog trainers would have us take in light of the scientific evidence of how dog behavior works. In a domain where the science is thin and the public is often bewildered by his best friend, answers are needed - but a rush to prescriptions in the absence of evidence is only a recipe for more confusion.

Separation-related problem behavior (SRPB) is a severe suite of behaviors that often results in referral to a behaviorist, medication, or relinquishment. The development of better interventions will make it possible to prevent the onset of these problematic behaviors. In this presentation, research was discussed that (1) evaluates whether SRPB in shelter dogs (assessed by interviewing owners) could have been predicted while the dog was in the shelter, which would allow for dogs at risk for SRPB to be placed with families capable of dealing with the problem; and (2) evaluates the efficacy of a novel operant approach to treating SRPB.

In this presentation, findings of recent studies from the Canine Science Collaboratory were presented in which the influence of breed labels on people’s perceptions of pit-bull-type dogs, their length of stay at the shelter and adoption success were investigated. The results of nearly a thousand breed ancestry tests carried out on dogs living in shelters were also presented where findings indicate that these canines have far more varied and complex breed identities than previously imagined - adding more fuel to the fire that breed identification of mixed breed dogs is a complex endeavor at best and untenable at worst.

Although dogs are used for the detection of a wide variety of substances, ranging from narcotics to cell phones and from cancer to explosives, relatively little scientific study has tested what kinds of experiences and training procedures lead to superior detection performance. In this talk I will discuss my research evaluating how odor exposure and Pavlovian conditioning procedures can influence the rate of learning an odor discrimination and overall sensitivity to the odorant. I will also discuss research in which we evaluated the performance of Pugs, German Shepherds and Greyhounds on an odor discrimination task. I will finish by discussing the factors that had the largest impacts on performance and considering how these findings can be applied by those interested in nose work with their canine friend.

One of the leading causes of preventable death for dogs is euthanasia in a shelter. A significant proportion of dogs in the US reside in shelters and only a fraction will make it out alive. In this talk, I will discuss recent research on improving adoption rates through behavioral training. First, I will describe the physical characteristics and behavior adopters prefer when selecting a dog. Then I will demonstrate which programs have been empirically validated to reduce undesired behavior and, subsequently, how these behavioral programs influence adoption rates.

Despite the potential welfare benefits for dogs, opportunities for dog-dog play in off-leash settings can pose risks when conflict or aggression arises. In this talk, I will discuss how behavioral science can be used to identify both healthy dog-dog play as well as precursors to aggression stemming from play in public dog parks. Attendees will also learn how owners interact and respond to these play interactions - and how owner behavior influences dog social dynamics in off-leash parks. Finally, I will discuss directions for future research that can contribute to dog welfare not only in off-leash parks, but in a variety of other off-leash settings as well. 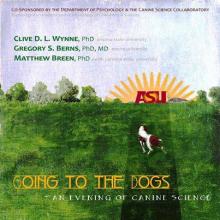 Going to the Dogs - An Evening of Canine Science

In February 2014, the Canine Science Collaboratory presented Psychology’s first canine science event for the public which included current research on how dogs understand, love, and have the potential to heal us.

Clive Wynne joined Arizona State University as a Professor of Psychology in summer 2013 and immediately founded the Canine Science Collaboratory – an interdisciplinary group dedicated to understanding the behavior and cognition of man’s best friend. He also serves as Director of Research for Wolf Park, Indiana. Dr. Wynne was educated at University College London and Edinburgh University in Scotland and has studied animal behavior in Britain, Germany, the U.S. and Australia in species ranging from pigeons to dunnarts, a mouse-sized marsupial. Several years ago he founded the Canine Cognition and Behavior Lab at the University of Florida, dedicated to the study of dogs and their wild relatives. As well as numerous scientific papers, he has also written for Psychology Today, American Scientist, the New York Times, and other outlets. He is the author of Do Animals Think? And, most recently, a new edition of Animal Cognition: Evolution, Behavior and Cognition. He is also editor in chief of the journal Behavioural Processes.

Gregory Berns is the Distinguished Professor of Neuroeconomics at Emory University, where he directs the Center for Neuropolicy. Dr. Berns specializes in the use of brain imaging technologies to understand human – and now, canine – motivation and decision-making. He has received numerous grants from the National Institutes of Health, National Science Foundation, and the Department of Defense and has published over 60 peer-reviewed original research articles. For the last 2 years, Berns has pursued his dream of using fMRI to decode what dogs really think. Partnering with a dog trainer, Berns’ group has trained a team of volunteer dogs to hold still in the MRI. The data they are collecting is revealing startling insights about how the brains of our canine friends work.

Matthew Breen completed his PhD in cytogenetics in 1990 and then worked at the UK Medical Research Council’s Human Genetics Unit in Edinburgh developing new techniques as part of the emerging human genome project. After four years at the University of Queensland, Australia, he returned to the UK in 1996 where he developed molecular cytogenetics reagents, resources and techniques for canine genome mapping and cancer studies. In 2002 Dr. Breen relocated his laboratory to NCSU’s College of Veterinary Medicine where his research interests have continued to focus on comparative genomics, genome mapping, and the study of canine cancer. Dr. Breen is a member of the NCSU Center for Comparative Medicine and Translational Research, the Cancer Genetics Program at the University of North Carolina's Lineberger Comprehensive Cancer Center and is a visiting scientist wit the Broad Institute of MIT and Harvard. Dr. Breen has published over 130 peer reviewed scientific publications, and was awarded the Asa Mays Award for Excellence in Canine Health Research. In 2009 Dr. Breen was elected a Fellow of the Institute of Biology.